Friday morning I made the trip from the north shore of the UP to Woodruff, Wisconsin for the night's show at Rocky Reef Brewing Company. Woodruff is in northern Wisconsin, maybe an hour or so south of Lake Superior, in the middle of an area thick with lake town resorts. Woodruff is adjacent to the resort town of Minocqua, and I got the feeling that people from elsewhere in the state sort of viewed them as the same larger vacation area.

This is a beautiful section of Wisconsin (in my limited experience most of Wisconsin seems pretty gorgeous), lush forests and it seems that if you turn your back to a lake and throw a rock you're apt to hit another lake nearby. While driving you need to plan ahead, as there can be some serious distance between gas stations and especially restaurants (unless you consider gas stations to be restaurants). Native American culture is a big presence here, in a traditional sense but also via tribal casinos scattered throughout the state.

The beer is available on tap at the taproom, and growlers are filled. It can also be found on tap at finer restaurants and drinking establishments in the region.

As you might imagine, the area is rich with wildlife, most notable for me is the abundance of black bears and the way the locals pay homage to them. It is not unusual to see wood carved statues in yards and store fronts of bears, and murals painted on the side of the buildings... which had me wondering if it wasn't a sort of peace offering from the humans to the bears... “look, we love and respect ya... here's a mural... now please stay out of our dumpster...” Grey wolves are also throughout northern Wisconsin, and let's talk about the deer for a second. Much of the country deals with deer population issues, some people refer to them as rats with hooves. Sure, they're cute and seem harmless, but they're everywhere, and they don't stay away from roads. Bambi is real cute until her ass is sticking out of your windshield. In much of the country, once the sun goes down highways and country roads can be obstacle courses due to the deer (Kentucky seems especially bad). The deer in Wisconsin, though, are a different thing.... they'll stand on the side of the road in broad daylight and taunt you to play Chicken. On a one hour stretch heading into Woodruff late morning I probably had to slam the breaks and/or swerve a half dozen times. I think a couple of them might have mocked me. They were almost worse than cyclists (duckin....), except I do still swerve to avoid deer.

When I got into town I had a lunch of locally caught fresh perch and chips at a little place right on the lake. The whole scene reminded me of the Great Outdoors (Candy, Ackroyd), families zipping around the lake on ski boats, pissing off the older people on pontoon boats (aka floating porches). I'm sure somewhere in town was serving the Old 96er. When I asked the bartender what local beer she'd recommend she instantly said the Rocky Reef Blood Orange (5.9%), which seemed like a great omen, as Rocky Reef was where I was playing later on. She was right, the Blood Orange was very well done, it had enough fruit in it to cut through yet be well balanced with the wheat beer it was built upon, and I might've knocked a few of those back before heading to the brewery. As I've said before, I'm a big blood orange fan, so I tend to dig these, but some are obviously better than others, and this was a very good one. Amber/orange in color, crisp, and a nice fruity aroma... a great thirst quencher on a hot day. Score one for Rocky Reef and I hadn't even walked in the door yet...

When I arrived at the brewery it was pretty warm outside, and the first thing I saw was a sizable patio area, so I thought “uh oh”... but as it turned out there was an even bigger crowd inside the well air conditioned taproom, and that's where I played. The crowd was a good balance of ages, and earlier on there was a family of sisters with babies and husbands in tow. They were fun to watch, as one had a particularly cranky toddler, and another a particularly cranky husband... and the other two problem-free sisters sat back and pounded their beers while seeming to enjoy the misery of their siblings. The brunette was particularly cute. Ah, family....

The rest of the crowd was very friendly, a good mix of locals loyal to the brewery and vacationers, and all very enthusiastic about the beer and the music (it was another venue where I got many comments about my setlist hitting perfectly, so that's always cool).

I had planned to spend the night in town, so after having already downed a couple of their blood orange brews I decided to try one more fruited beer, and then I would migrate to the heavier stuff for a change. I went with the Watermelon Passionfruit (6.0%) Berliner Weisse, and that was a good pick. Fairly light in body, the watermelon was noticeable but mild (as they tend to be), and the passionfruit understated. Sour but not bitter, and not too sweet either. A refreshing one that you could enjoyably slowly sip, or pound all night, especially on a nice summer night. I could also see this one going well at a cook out... light enough to be sessionable, but tasty enough to keep you interested, and I would think it would pair nicely with grilled meats and cold salads and such.

My favorite beer of the night, and probably of this leg of the tour... and maybe on my short list of all time favorites, really... was Grandpa's Toasted (6.9%) Coffee Brown Ale. There are good coffee beers, there are great coffee beers, and there are bad ones. Grandpa's Toasted is one of the finest I've ever had. Built on a nice dark brown ale (their Outhouse brown ale, which I also had on it's own sans coffee and was quite delicious), the locally-sourced coffee beans were rich (Tanzanian, I think... failed to take a note), and added a wonderful aroma to the ale. The coffee flavor itself was rich and a bit nutty, not at all acidic, and laid perfectly on top of the brown ale, balanced so perfectly it was actually amazing. Medium to medium heavy body, which accented the coffee mix with a sort of creaminess that was just perfect for it. The kind of delicious beer that makes you just stop in your tracks and focus on the beer as any other thoughts quickly exit your mind. The Rocky Reef folks have really done a great job with this one, and if I were going to take a beer to a brewing competition, this would probably be the one I'd bring.

I actually had the Outhouse (6.8%) brown ale sans the coffee after drinking the Grandpa's Toasted, and it was still a great brown ale on its own, which just goes to prove that to make a really good coffee brew it's equally important that you not only have a top quality coffee bean that makes sense, but you need to have a top quality beer as the foundation... and one that makes sense with the coffee. The brown ale was perfect for this bean, being a little darker than the average brown, and having roasty and chocolaty hints, whereas trying the same thing with a lager or IPA might have been a disaster (or at least not nearly as great).

As a last minute switch I did revert back towards fruit for my final beer of the night, as the Boat Drink (6.0%) blueberry ale had been taunting me all evening. It was obviously a rather dramatic turn after a couple of brown ales, but I cleansed the palate with water and made the switch... and it was a tasty night cap. Just the right amount of blueberry in a lighter ale, it seemed like another perfect choice after boating or playing in the water all day.

Rocky Reef is a young brewery that has only been around for a few years, and they are focusing on keeping their beers on prem and limiting distribution, which is a great strategy when you have significant growth each year at your taproom. With Woodruff being a seasonal vacation area I'd love to see them open another taproom in someplace like closer to Madison, etc where they could do a big business year round, as the quality of the beer is definitely better than most. I did speak with some other visitors who were beer enthusiasts from elsewhere, and they all agreed that Rocky Reef had a really solid lineup of fantastic beers, so this isn't just me talking.

Towards the end of my second set I blew my voice out. I don't recall it being any one particular moment or note, but (and luckily very close to the end) I started a song that requires a bit of range, and suddenly some of mine just wasn't there. It had only been three consecutive nights of shows (I've done as many as 6 without issues), but it was especially worrisome as it was only Friday night and I had Saturday and Sunday shows ahead of me before finally getting a couple of days off. The outside temperatures have also varied by 30+ degrees over the last few days, so hopefully I'm not getting a cold. I immediately started bombarding the system with vitamins.

Late Friday night I actually changed my plans and headed further into the wilderness, back to Lake Superior, a little northwest of Woodruff. It was a perfectly clear night, and I had read that solar storms had been predicted for the weekend, so I decide to get as remote as could, camp (in the van.... wolves and bears!), and see if I could see the Northern Lights. As it turns out peak visibility would be 2-3 am, and I fell asleep and didn't get to see them. Saturday night I actually set my alarm, went outside on another perfectly clear night, but I didn't see them then either. I've never seen them from the ground, only from the air while flying to Europe. I guess I just need to pull the trigger on the Arora Borealis trip to Iceland that I keep putting off.

I'm writing this on Monday morning, and can report that Saturday night was challenging vocally, and yesterday's midday sets weren't difficult, but I also steered my song selections around the problem. I have two days off now, so I'm trying to remain silent until the next run of shows Wednesday through Saturday. I'm also sipping Jameson, which (no lie) seems to be a miracle cure for this and many other things, so hopefully I'll be in fighting shape and ready to go come Wednesday night at Forager Brewing in Rochester, MN.

As a musician, it is a special sort of challenge to drive hour after hour alone through the wilderness while trying NOT to sing along to the radio. I'm thankful for the stand-up comedy channels on SiriusXM!

Hey, have you bought a tour t-shirt yet??? This leg of the tour has already sold out! Only a few closeouts from the Spring, Winter, and Fall tours remain... only $10 each. Let me know if you want one before they're gone! 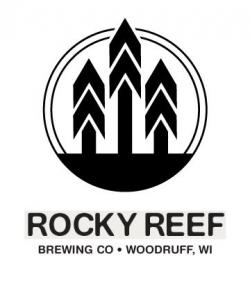