Tour Closer In Richmond. You Know You Make Me Want To Shout

The last show of the Spring Tour turned out to be a late addition to the schedule. We had Sunday, June 23 open on our way to DC, and as it turned out Isley Brewing in Richmond was also open, so we agreed to play a somewhat rare Sunday afternoon set... starting at 2pm.

Sunday afternoon gigs can be unpredictable, as so many variables can impact attendance... sporting events, weather (not only on the actual day, but the day before, previous weekends, etc. can all determine whether people are anxious to get out and cut loose a bit, or stay home and catch up on yard work and such), so you never know what to expect. Everyone was telling us this was the first beautiful weekend in quite some time, so I was a bit worried people would stay home and do their yard work. As it turned out, the crowd was a little light at 2pm, but pickedup up as we headed into the evening.

I'm not sure what the neighborhood is actually called, but Isley Brewing is located in a part of Richmond going through a revitalization... surrounded by warehouses that have been turned into residential lofts, business incubators for start-ups, and some trendy eateries. The streets were lined with Lime rental scooters. The view of the baseball stadium indicated it was only a few blocks away.

Brews are available on tap, as well as growlers and cans, at the taproom. Certain beers are also distributed throughout Virginia.

Isley's storefront has a colonial look about it, but once you get inside it has a more hip vibe. The stage area is near the front windows, and the taproom is long, with the bar at the far end, and the brewing facilities behind even further back. The vibe was very relaxed and friendly, it seemed like you could just as easily get cosy in a chair with a book and a beer as you could have a more rowdy drinking session with a group of friends.

The beer selection was nicely well rounded, offering up everything from IPAs to Gosts to peanut butter porters... and I worked through a healthy variety pints. My first was the Island Hopper (5.9%) Pineapple Golden Ale... which was a wildly refreshing way to start. They weren't fooling about the pineapple part... it looked, smelled, and up front taste like pineapple juice... but beautifully balanced with the characteristics of a golden ale... leaving us with a delicious pineapple juice flavor delivered via a lighter, more crisp golden ale delivery, with a crisp clean finish. I'm not sure why they serve them in 12oz glasses, they should be served in MegaBigGulp cups. And we were off to a brilliant start...

My sipper for my first set was the Raspberry Razzle (5.4%) raspberry Gose. As I've mentioned before, I'm one of about 4 people on the planet who doesn't really like raspberries... but they're growing on me when mixed into a good sour beer. My complaint is that often times raspberries are a tad overdone and come off as tasting perfumy to me, but the Razzle did NOT fall victim to that, and it provided a mild raspberry flavor, with a somewhat sour and slightly salty finish... medium bodied, fairly carbonated, in a beautiful red/mauve pour... looking more like a smoothie, but definitely drinking like a reasonable sour beer. Another winner in terms of refreshment and thirst quenching.

When I took my set break Brad was eager for me to try the PB&J (6.6%) he was drinking. Yes, PB&J as in peanut butter and jelly. He's been getting into the blended beer thing lately, and this is a combo of the Choosy Mother (get it?) peanut butter porter and the Plain Jane Blueberry (blueberry Belgian white ale). It was a tasty one, and I'm glad I tried it, but what it really did was make me want a Choosy Mother (6.6%) peanut butter port on it's own... so I did. Obviously a peanut butter porter is a rather dramatic change in direction from a pineapple ale or raspberry Gost, but that's the way I like to play this game... sometimes it works, sometimes it's shockingly bad.... but this time it worked out just fine. A dark brown pour with a tan head, the peanut aroma greets you before the beer even hits your lips, and then we're treated to a well balanced porter that certainly tasted like peanut butter, but not obnoxiously so (and there are plenty of obnoxious attempts at peanut butter beers out there!). The secret with these seems to be to hit you with the aroma and a reasonable amount of peanut up front, but to let the traditional characteristics of a porter take over from there... so more of a clean, crisp, roasty experience on the back end, with a clean finish. When done well I consider these to be quite the treat, and I could have run off with a growler of this stuff. Delicious and satisfying without killing you with peanut flavor. The worst thing about having a peanut allergy wouldn't be the choking to death on a plane, or having a seizure in the school cafeteria because you breathed the dust off someone's sammy or candybar.... the worst part of having a peanut allergy is that you'll never get to try this beer. Bummer, dude.

Hmmm, what did I drink next...... ah, the Isley Czech Pilsner (5.9%)! I don't think I'd had a good ol' fashioned pilsner in quite some time, what with everyone constantly temping me with these strange flavored concoctions and creamy stouts and infuses IPAs and such.... so a pilsner sounded pretty straight forward and refreshing... and it was. A clear golden pour, light white head, it reminded me of my days exploring European beers before the whole craft beer think hit the U.S.. Light bodied, crisp carbonation, and more bready flavor than you'd get in your average U.S. Pilsner or American lager, it reminded me of perhaps a St. Pauli Girl or something along those lines.

I sipped on the pilsner throughout my second set and then, just as quickly as it had started, the Spring Tour was over. We hung around the brewery and chatted with the staff and some locals who had a vintage guitar repair shop down the street, and then after packing up there was nothing to do but the long drive home.

You might recall that I kicked this leg of the tour off a few weeks ago by catching Wilco's first show in 2 years in a tiny theatre in Knoxville the night before my Atlanta opener, and the plan was to cap it off by seeing Dead & Co (what's left of the Grateful Dead) in Bristow a few nights after Richmond, and then head home. That was the plan, but I had never been away from Django (my 3 yearold boxer) for so long, and after playing so many nights in a row I was pretty worn out and missing him more than I expected, so we ditched the plans to see the Dead, and made it home a few days earlier.

I'll be doing a recap of the Spring tour as a whole, as it was such a wild and unusual trip, so watch for that w/in the next few days. I have about a week to rest, and then it's back on the road for Summer Tour 2019... it'll start in the Great Lakes region, and I'll be posting the dates w/in the next week or so. Labor Day Weekend will include a stop at Sierra Nevada near Asheville, which is like a beer lover's Wonderland. Due to popular demand it looks like I'll be heading back to coastal NC and VA in September, so look for those dates coming soon!

Have you bought your tour t-shirt or CD/download yet? This tour is a completely grass-roots effort, your support is greatly appreciated! 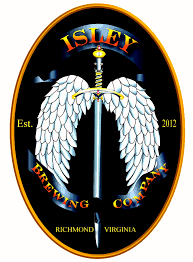