Chapman's Brewing - I've Been There & I Know the Way

Saturday started with a long drive across the frozen, barren cornfields of central Illinois and Indiana. You've probably heard the expression “you can't get there from here”... a humorous, lazy retort to when you're asked for directions (also an old R.E.M. song). Well, if you're ever trying to find a direct route between Decatur, IL and Fort Wayne, IN... you can't get there from here. Or at least, not directly. I-74 out of Decatur will take you to right around the Indiana border, and you could keep on highways if you wanted to head to places like Chicago, Indianapolis, Louisville, or Cincinnati... but if you want to go to Fort Wayne, in the northeast corner of Indiana, you better prepare for a maze of single lane farm roads through some pretty remote areas.

When I crossed into Indiana I had been wanting to stop for breakfast for about an hour. I figured I'd find a Cracker Barrel or IHOP or some mom and pop in a nice little farm town, but let's just say when I got to Fort Wayne a couple of hours later I was still wanting that breakfast... although I also lost an hour due to changing time zones, so it was now afternoon and other than the occasional gas station, no place to grab a quick meal. The route I took, BTW, was the quickest offered by Google, and it wasn't avoiding a highway route, there just didn't seem to be one.

Chapman's Brewing Co. - Fort Wayne, IN (and other nearby locations)

The beer is available throughout much of Indiana in cans and on tap in restaurants and drinking establishments. Cans and growlers are available at the several taprooms in NE Indiana.

In the summer it probably would have been a pretty, albeit flat, drive. Probably fields of tall corn, with blue skies and green tree lines off in the distance, with the fields dotted with white farm houses with red roofs.... but this was winter, and everything was a shade of gray, including the sky. I did take some photos of how flat the land was all the way to the distant horizon, which were pretty cool and reminded me of the dust-bowl era (see sample below).

Anyway, when as I approached Fort Wayne it was like arriving on a different planet. It was as if I made one turn off a dirt road, and suddenly I was in an neighborhood of enormous mansions on huge tracts of land, a few curves in the road and then <BAM!> I was suddenly in a very modern suburban mecca of all the trendy stores and restaurants that you'd normally find in a more affluent suburb of any given larger city. Here is where I would find the night's destination, Chapman's Brewing Company (SW Taproom).

I was told Chapman's has been around for about 5 years, and has a handful of locations around Fort Wayne and a couple of other nearby NE Indiana towns. This location (photo below) was cozy in size, with a standard sized bar, a main room with various table configurations, and a little nook with a couple of couches and easy chairs and coffee tables. There was also a side dining room with windows looking into the main taproom. I was told to set up in the little nook where the couches were, which also had a large beer menu above my head as a cool sort of backdrop. As usual, I didn't remember to take any photos of the room/crowd once I started playing, so the photo of the room below was stolen from their website...

Chapman's keeps their selection of beers short and to the point, I think there are 6 of their standards and two rotating selections, and each of the beers is well done and worth trying... so instead of offering like 20 beers, 10 of which might be experimental, they stick to the ones that work for them. Their members also had some really cool ceramic mugs, so you might check out the membership situation if you're nearby. My first brew of the night was their flagship Englishman Brown Ale (4.5%), which was a very respectable brown, chock full o' chocolate and toffee flavor, yet crisp and very easily drinkable. Unlike some browns, which can get a bit much after a while, this one seemed like you could spend the evening drinking and enjoying them and not be in much trouble afterwards. A nice brown pour, light head, and a coffee/toffee aroma up front. Very nice.

Undaunted – Single Hop IPA (7.5%) was next up. An extremely well balanced IPA built with chinook hops, it was full of citrusy and piney IPA goodness. The citrus was so outfront that I asked if there were any juices added, and there were not... it was all just the fruity character of the chinook hops, which was impressive. Very smooth, a little bitter on the backend, but not more than you'd want... it was rather perfect. Another great beer that I could see spending an evening with, so we're doing well and off to the races....

My next beer, I think at this point I'm taking my short set break, was the Enlighten – Kolsch-Style Ale (5.3%). This was a very smooth and easy to drink, refreshing beer. A bit more than a typical domestic lager, but not as hoppy as your average IPA, this would be a great beer for an outdoor summer event, or someone just starting to experiment with beers and still a bit intimidated by heavy or hoppy beers. I used this comparison elsewhere just the other night, but it again reminded me of a good Canadian or European lager.... still crisp and refreshing, but with more flavor than the mass produced American counterpart.

For my last beer of the night I moved to Chapman's rotating selection, and went for the one that caught my ear right off the bat earlier in the evening, but I wanted to save til the end... the RIOS Russian Imperial Stout (9.5%) ... and boy was it worth the wait! A dark brown pour with a healthy head, a rich aroma, richly roasty, and with hints of chocolate, this was a fantastic beer to finish with on a cold night. Smooth and creamy, and at 9.5% it didn't kick like a mule. A could have easily gone for a second, but I had to drive....

Chapman's was a nice little hideout. I could see this being a good place to disappear to while the wife went shopping, etc. Family friendly, but also with its fair share of couples dating or just hanging out to sample beers. If I were to play here again I'd arrive a little earlier and rearrange the tables a little bit, as I felt obligated to play and sing as quietly as I possibly could due to families eating directly under the speakers, but that could be fixed very easily. All in all it was a cool place, the food looked very good (I didn't sample, as I was playing), and for what initially seemed like a somewhat limited beer selection, there was definitely gold in them hills.

I think I'm playing one of their other locations on the Spring tour, and I'll definitely look forward to trying whatever new brews the change of seasons brings with it!

Oh, and I headed back towards Cincinnati after the show. If there was a highway route neither Google nor I could find it! I took rural roads through the night for at least an hour until finally running into I-75 a bit north of Dayton. But hey, it was better than sitting in traffic... 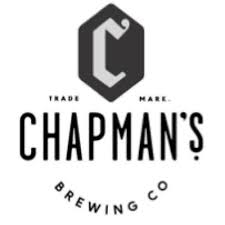