Life Is Good On Gulf Shore Road, And Even Better At Big Beach Brewing Co.

After Saturday's show at NOLA we headed east and had an amazing seafood dinner in Gulfport. I had only been in Gulfport once before, and that was in the days just after Katrina, when I was working on the American Red Cross' RTT team, where we were going into to devastated places ahead of the relief efforts and scouting out locations to establish satellite communications (as all the infrastructure was gone). Gulfport had weathered 165mph sustained winds and a storm surge of over 30 feet, and the the city's waterfront area was gone. I had never seen anything like that before nor since.

The meal was awesome.... a platter of oysters prepared 4 or 5 different ways to start, then I had a seafood pot pie, which was excellent, and Brad had an amazing blackened redfish dish with lump crab and shrimp on top, and after days on the road was especially fond of my cold, fresh salad (it's the little things...).

Beers are available on tap, in growlers, and large cans at the brewery, and on top at restaurants and drinking establishments throughout the Gulf region.

We continued east after dinner, sleeping through CRAZY storms late Saturday night, and woke up Sunday to a beautiful but pretty windy day, and drove the rest of the way to Gulf Shores, MS for our afternoon show at Big Beach Brewing.

I had never spent any time on the Gulf Coast outside of a few visits to New Orleans (and the Katrina stint), and have been greatly looking forward to not only the shows at beach breweries, but also the ability to relax a bit at various beaches along the way. I was especially impressed by Gulf Shores and the way their beachfront was divided between areas for the tourists and hotels, and then large sections of beachfront public beaches and state and national park lands.

Big Beach Brewing is a just a mile or two inland from the beach, and the setting reminded me much of Duck, NC, in that the brewery's area had a nice laid-back beer garden shaded by old trees, so there was plenty of shade to be found if you didn't want too much sun. Unfortunately Brad and I each thought the other was grabbing some photos, so I don't have many to share here, but I would encourage you to check out the gallery on their website (linked above) to see the friendly and comfortable surrounding.

The brewery is a pretty new family operation, and currently their distribution is limited to restaurants and bars in the region. Judging my this Sunday afternoon in mid April, it seems that they have built a loyal following with the locals and snowbirds.

Much like the day before at NOLA, we arrived to the option of playing inside, or on the outdoor stage in the beer garden. It was sunny but windy, and we decided to play outside, as by our standards this was a pretty gorgeous day, and the people inside would be able to hear us just the same. We chose wisely.

I started my beer consumption with the Area Two Fifty-One (6.8%) hazy New England style IPA, which was a good pick. As advertised, it was a hazy bright yellow to orange pour, a little creamy, with natural hints at hop fueled citrus tropical floral overtones. A good thirst quencher, and definitely one that could lead to several more pints of the same without any struggles.

Our favorite of the day, again, somewhat unexpectedly, was the Mango Shark (4.3%) mango guava smoothie sour, which was made with lactose for that little extra creaminess, so “smoothie” is probably interchangeable with “milkshake”. Either way, this was another fantastic sour, not only well balanced with fruit that was not overdone, but in this case with that little extra bit of creaminess thanks to the lactose, and it was really quite delicious. I think we both had two of these, as they were just too good (and actually the wind blew half of my first one clear off the stage!).

Next up for me was the Rod's Reel (5.2%) cream ale, which I honestly wasn't much of a fan of. I realize that many breweries are trying to make a “mainstream” American lager or pilsner type beer for the segment of the market that drinks Miller or Coors or whatever and doesn't like “craft beers”, but I find that often these breweries are so good at making “real” beer, and these attempts at compromise just come up a bit short. That said, I don't want my beer to taste like Miller or Coors, so my complaint isn't that the imitation isn't good enough, I just don't find them to be very satisfying drinks. Rod's Reel tasted to me like there was something else going on in there, like maybe a bit of bitter wheat, or at times I even thought a hint of rye, but hey... nobody's perfect, and this particular beer just wasn't for me. It wasn't bad, it just wasn't something I'd go for again.

My last brew of the night was a return to greatness, however: Midnight Cruise (6.5%) porter. I don't I'd had a porter during the last few brewery stops, maybe I was just really ready for one, but this one surely hit the spot and was a perfect way to end the night. Malty, lots of coffee and chocolate character, a nice bold body, relatively crisp, and a fairly dry finish... perfect! I could have easily enjoyed another, but unfortunately it was time to go...

Big Beach Brewery was a very friendly scene, with a nice cross section fo younger folks, families, and retired folks enjoying the warmer climate. The crowd was very responsive to the music, and sparked many interesting conversations during my break and after the show. I also got a fantastic recommendation to eat at a local dive that had a Sunday Special worth checking out: All-you-can-eat Red Royal shrimp, red potatoes, and corn on the cob for only $10... about 2 mile from the brewery! We followed the lead, and it was in fact quite the find. We sat on picnic tables behind the joint and ate shrimp until we simply couldn't eat any more (and red royals are big, deep water shrimp that have a sweet, almost lobsterish type taste). So thanks for the tip!

On this night we stayed in an actual hotel room, so real beds and showers were appreciated, and then spent the next couple of days enjoying the beaches in the Gulf Shore area. Brad flew home Tuesday afternoon, which left me feeling surprisingly lonely for a bit, which caught me a little by surprise as I do these solo tours all the time... but we did have a blast and the company was great, so hopefully we'll be doing more of that sometime soon. I battled off the loneliness by keeping busy... I did some laundry, then found another beautiful public beach on a relatively undeveloped beach east of Pensacola and swam, and caught up on these blog, which I had fallen a few days behind on due to all the beach time, etc.

Today I'm near Destin, wrapping up this blog and planning to hit the beach again for a little while before tonight's show at Props Brewery's Taproom in Niceful, FL, which is only a few minutes from here. 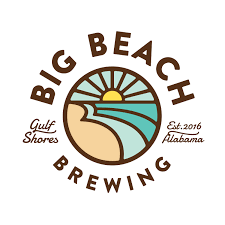